In addition, the National EU Agency is the information and advice center for the university programs administered in Brussels, the Bologna and the ASEM education process. We perform these tasks for the Federal Ministry of Education and Research (BMBF) and work closely with the other agencies for Erasmus+ in Germany and Europe.

Since 1987, the educational programs of the EU have become important instruments for the internationalization of German universities. The current funding offers in the Erasmus+ program provide long-term support for academic cooperation, for example through the mobility of students and university staff, but also through strategic partnerships and capacity-building projects. In addition, we support the universities in the further development of their internationalization concepts.

The European Education Area strives to improve access to quality education for all. The main topics of the European education area are:

The EU’s partnership with Africa is a key priority for the Commission. As Europe’s closest neighbour, Africa not only shares a rich history with EU countries, but also common values ​​and interests. Through the Africa-EU partnership, the EU engages in political and policy dialogues and defines its cooperative relationship with Africa.

The current situation makes this relationship all the more important. The COVID pandemic and the growing urgency of the climate crisis show how interdependent the two continents are on each other and why it is so important that opportunities are seized and challenges tackled together.

The Africa-EU Partnership is a multi-stakeholder partnership led by EU and African Union (AU) Member States together with several non-governmental and civil society organisations, youth organisations, economic and social actors and the private sector.

Erasmus celebrated its 30th anniversary in 2017, making it the oldest education program in the European Union. The ERASMUS program of the EU offers students, teachers and university staff from currently 33 European countries the opportunity to gain experience abroad, to deal with new teaching and learning methods and to get to know other people, cultures and languages ​​better. In addition, ERASMUS has developed into an important internationalization instrument for universities through student and staff exchanges, the development of joint courses and professionalization of the international offices.

Mobility measures are the origin and core of the Erasmus program. Universities have a wide range of options for promoting the mobility of students, teachers and university staff within and outside of Europe:

The European Commission published the call for proposals and the Erasmus+ program guide on November 5th. The planned total budget is around 3.2 billion euros; EUR 2.9 billion thereof for educational cooperation. This corresponds to an increase of more than 12% compared to the previous year.

The previous funding lines in the higher education sector remain in place from previous years: Funding for mobility and partnership projects; the support of joint courses and political reforms, as well as teaching and research in European studies.

The European Parliament on Wednesday voted through the EU budget for next year, including how €12.4 billion from the Horizon Europe research programme will be spent.

This year’s budget battle, like each year, was long and full of disagreements. Negotiators from the Parliament, Council of member states and the European Commission reached a deal just before the deadline for the negotiations at midnight on Tuesday last week.

The Parliament managed to defend Horizon Europe from €663 million in cuts proposed by the member states but failed to get much more money for the programme, though it did secure at extra €10 million for the research mobility programme Marie Skłodowska-Curie Actions.

Reversing the proposed cuts was a big win for the Parliament, but in future MEPs want to see a bigger share of EU money going to research. “Looking beyond our negotiating success, I would also like to see a budget that is more focused than fragmented, one that shows our ambition to make Europe a leader in research, development and innovation,” Johan Van Overtveldt, chair of the Parliament committee on budgets, said during the final vote on Wednesday.

The policymakers also fought over where unspent Horizon money from previous years should go. MEPs wanted the money back in the research budget; the member states did not, and they won. Last week, Christian Ehler, the Parliament’s industry, research and technology committee, ITRE, rapporteur for the budget, said the failure to return the money to the research funding pot “effectively represent[s] a cut.”

The final budget for next year is 1.1% bigger than in 2022 and similar in its shape and form. The European Research Council is getting the biggest share of the pie at €2.1 billion. The other four big chunks of funding, over €1 billion, will go to big collaborative projects in digital, climate and energy, and bioeconomy and food sectors, and to the start-up and innovation fund, the European Innovation Council.

After months of campaigning against the cuts proposed by member states, research lobbyists are thankful to the Parliament for defending the budget. “EARTO is glad of the results and would like to thank ITRE as well as the budget committee members for all their efforts throughout the past weeks to effectively secure Horizon Europe,” said Muriel Attané, secretary general of the European Association of Research and Technology Organisations.

EU-Africa cooperation in Research and Innovation

As a strategic partner, the EU seeks to enhance cooperation with Africa to promote actions targeted to finding locally adapted solutions to challenges that are global in nature, but which often hit Africa hardest.

The African Union – European Union High Level Policy Dialogue (HLPD) on Science, Technology and Innovation is the policy forum where regular exchanges on research and innovation policy take place between both continents and where long-term priorities to strengthen cooperation are decided.

Four policy priorities for EU-AU cooperation in Research & Innovation are:

Here [PDF 382.67 KB] you can find the fact sheet on the four political priorities.

The Joint Research Centre of the European Commission has developed and hosted the Africa Knowledge Platform, which provides a gateway to data and information on Africa’s social, economic, territorial and environmental development.

EURAXESS Africa links researchers in Africa with Europe. Here you can get free information and events on European research and policies, career and funding opportunities, networking and collaboration possibilities. EURAXESS Africa will be launched this year, 2022. Join the growing community of EURAXESS researchers here.

Funding Opportunities from the EU

You can search for funding opportunities from the EU here. 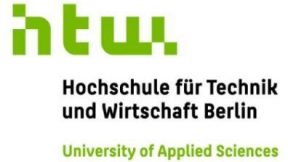 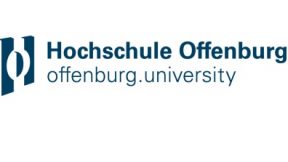 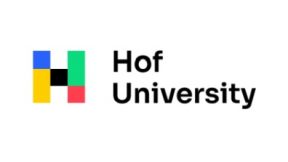 You are interested in new technologies, enjoy solving problems and working in interdisciplinary teams? If you also have basic German language skills, our Bachelor in Computer Science is the right choi...